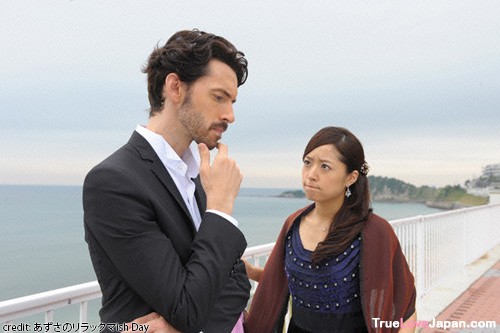 Culture difference between Japanese and western people, good and bad

‘Cultural difference’ is one of the topics which are frequently talked about when it comes to a theme of relationships between the people from different countries. I think that we need to be aware of that we are ‘individual human being’ before we talk about nationality, races, national character/traits and stuff like that. Obviously there are differences in ways of thinking/lifestyles if you were brought up in different family/environment. However you can say the same thing with the people from your country too.
You may rather find it hard if you come across to any difference with people from your country, because you may be forcing what you think ‘general/common concept’ on them without being aware of doing it. If you have the basic idea; ‘it is normal there are little differences’, and then you are not surprised to find them. You may even find it interesting, which makes you want to understand. How to deal with this… It is all about the effort you make to understand/accept when you discover any difference.

I‘ve kept insisting that we are ‘individual human being!’ but I have to admit that the differences in lifestyles/customs and languages surely exist. Let me talk a bit about the language communication now.

Ok, let’s say that you and your darling love have different mother tongue. It is unchangeable fact and it is also clear that language plays very important role in communication. Therefore it is an essential condition for you to have a common language in which both of you can have conversations, express yourself, and talk about deep/difficult/complex topics each other. It is obviously the best that both of you speak both of your languages though.

Not only having a good the language skills, you need to recognize and understand the difference in attitudes towards communication or expression. Here is an example. Japanese people usually don’t like to say what they really think or feel clearly/straight forward. This is that what my husband also told me before.
We have a complicated but common idea which is ‘Honne and Tatemae’ which is ‘One’s true meaning and superficial speech/behavior’. In Japanese society we are always supposed to respect/appreciate the peace and harmony so we tend to express things softly and expect the others to understand what they really mean in their mind.
‘Kuuki wo yomu (Read the air).’ This is a relatively new expression which is frequently used among young people these days. It means ‘I do not express directly what I think/what the situation is, but I expect you to understand them from the face expressions of people and how the conversation goes. Do not take the words as they are, and be aware of the things behind them.’ In Japan everybody has to be able to do this at some levels, otherwise people may look down… ‘This person cannot read the air…’.

As we do not like direct expression, words of love are not straightforward either. Even with the feeling of love, we do the same, ‘I expect you to understand’.. For example we hardly say such a simple phrase like ’Aishiteru’, which means ‘I love you’ in Japanese. There are many Japanese girls who get easily too excited with sweet words/phrases as they are not used to them so much. Even if you didn’t mean anything very special, they may take it too serious… so please be careful when you speak to these girls with pure Japanese souls! (It is a shame that there is a bad reputation that Japanese girls are very ‘easy’ because of this…)
When Japanese couples start dating they always agree and confirm first. ‘Will you go out with me?’, ‘Ok’… then their relationship begins. Although we are the people who normally expect others to understand without clear verbal expressions, we want to clarify with proper words on this aspect. It is interesting.

‘Rennai (love/relationship)’ is the process of understanding and accepting each other. It is always important to respect each other, recognize/approve the difference, and act flexibly. Japanese people should try to speak what they really think/feel. People who go out with a Japanese person also should try to understand this cultural background and make some effort to pull out the true meanings from them.