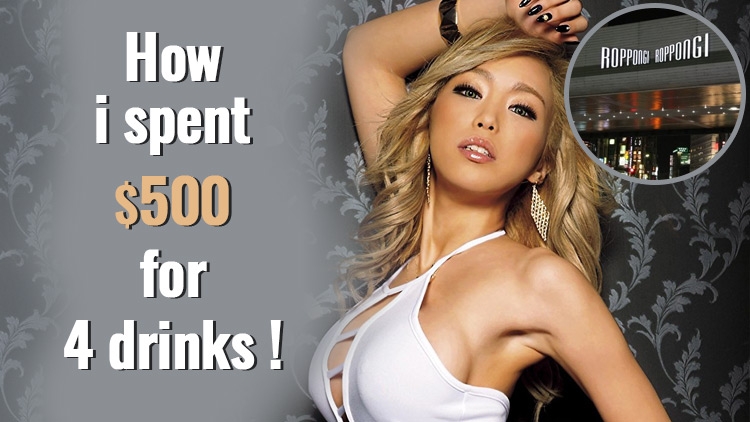 My experience in a host club in Roppongi

I have been living in Japan since many years and i have to admit, i always been intrigued to visit a host club. Having only few friends working for this kind of placed made me curious about it.

Few weeks ago, i have been invited by a friend to have a drink there so i told myself, why not. I was not looking for sex obviously but i just wanted to have a quick look, at least to fulfill my “foreigner” curiosity. If you wonder, yes we met here on truelovejapan.

There are so many kind of host club. Some are only for men and the others are for women. And yes, there are host club even for gay people but this is minority because in Japan, they are not as open as you can see in other countries.

So here my story.

It was 7pm few days ago, i was having dinner with a friend near the Ebisu station at one of my favorite Japanese bar called Doma-Doma. They have everything by the way, sushi, fish, cocktails, amazing broccoli (broccoli is always surprisingly so tasty) … i recommend this place.

Then, near 9PM, i got a call from one of my friend working at a host club. She asked me to pass by to have a drink. To be honest, i was very nervous because i have been told these club was for sex and i was really not looking for this.

I left the Japanese bar and said bye bye to my friend and then ahead to an ATM machine to withdraw some money. I know by experience cash is the only safe option to use in night club and any kind of bar by the way. Not only in Japan, unless you want your credit card to be cloned.

9H30 PM, jumped in the train to Roppongi and tried to follow her directions. In this area, there are tons of night club which makes it confusing sometimes to find a place. Many host club are managed by african and trust me, you don’t want to go there. Not only it’s very risky but Roppongi is one of the only area in Japan where African are allowed to manage clubs.

“To make it short, Japanese thinks by allowing African managing Roppongi, they will control all the troublemaker foreigners.”

Then, I kept walking but i couldn’t find the place because i am still having difficulty to read kanji but i finally found it 🙂

The club is just next to the Don Quijote and at least, this is a pure Japanese bar.

Then, the door opened and here what i saw, 4 beautiful Japanese ladies welcoming me by bending as usual with so beautiful smile. You rarely see such beautiful women like this. Very good start indeed !

Do you remember the movie “Tokyo Drift” from the “The Fast and the Furious” when Han brings Sean Boswell into this night club using a secret back door ? It was exactly like this !

I made a step inside, little bit nervous with my so so Japanese speaking and a guy in a black suit came to welcome me. Everybody was so respectful, it was impressive.

I asked if i have to pay now for the entrance but he told me i will pay at the end, i was wondering why but, sure why not.

Then my friend appeared from nowhere with a big hello. She looked so different than when i see her outside of this club. I guess she was wearing so high-class outfit to look better for work, it make sense.

After few minutes of talking in the hall, the doorman asked us to follow him and have a sit which we did.

Do you know the movie “studio 54” ? It’s a 80’s movie in the disco time … While i was walking to my table, i was feeling exactly like that movie. So let say a mixed of Studio 54 with Tokyo Drift all together 😉

One word, wow, women was coming over and over i don’t even remember how many there was but there were a lot and most surprisingly, they all looked like model from magazine !

Then, we got this huge sit. To explain how it looked like, i could see all the other men few meters away so it’s not private but nobody look at each other.

Now, the big question !
You wonder what do we do inside that club ??!
Well, no sex for sure !
They talk !
Yes, they talk and talk and talk.
Actually, what i was being is single men, some look very rich and some look like worker from company with exhausted face from their hard working day.

Let’s take the guy on my left. He looked so fat, imagine a big fat sumo guy in a way too small black suit from manga, exactly like this !! He obviously looked rich but with so bad manners like girls was piece of meat to him. I don’t even mention about his talking, what a mess, poor him … Each girl lasted for about 5 minutes until he asked for another to switch. They switch one by one until the guy say it’s finish. I counted around 25 girls within only 1 hour ! But, only talking and drinking. I didn’t notice any sex act of any sort. My friend told me this club is not only very professional but the owner is from a famous model agency in Tokyo, now we know why all those beautiful ladies working there. Many customers are married and just feel to talk to other women without being judge which make sense to me. She even told me some working girls felt in love with customers, why not 🙂

So overall, this host club was completely different than what i have imagined. Very glamour, women were very beautiful like model and the furniture was very clean and luxury.

Do you wonder how these girls are making money ?

Well, simple, the earn a cash bonus each time they join a conversation regardless of the duration.

On my side, my friend stayed with me all the time and we drank and had a nice chat together.

Suddenly, the waiter came to our table. So polite ! He didn’t just come, he came and went on his knees by giving me a little paper in a small leather suitcase, very classy.

I was little bit intimidated by all these gesture, i was feeling like a king. I am not use to be served that way but let’s enjoy after all !!

So the waiter explained me it was already 1 hour and i can pay now the 4 drinks that we took or i can request to stay longer. I told him i have to go.

THEN ! i took the bill and and i started to stare at the bill for a big 5 minutes. I felt it was it was much more. I was wondering if i need glasses or if there is a mistake. My face became red for sure and then, i look at the waiter and i ask: Sir, is there a mistake ?

He answered with a big smile: No sir.

Oh well, ok then. I just did’t expect that price for 4 small drinks.

Problem is i had only $200 on me so i have to admit, i looked so stupid because i left my credit card at home but i had my bank card so i explained with super red face to the waiter that i need to go to the ATM to withdraw more money. (by the way, nobody advised me of the fees, this is risky if you don’t have enough money in your wallet but now you know.)

The guy answered me with a smile there is no problem at all.

So Another man came with me to the ATM and we came back with the money. He was very funny by the way. He could speak english very well which was surprising.

After i paid, the waiter and 2 other men and my friend came with me to the elevator. Once i went inside, they all bent and said a big thank you including my friend of course and then i left with $500 missing in my pocket.

few minutes after, my friend messaged me that she was sorry about the price. But it was my mistake, i didn’t ask any question before going to that club so it’s ok.

Not that i am a greedy person but it got me by surprise.

Fees was non sense and i still have difficulty to understand why some people are willing to spend that much only to have a conversation with someone they wont even meet again. Maybe it make sense to some but i didn’t reach that point yet.

But i want to say that it was a very interesting experience and i don’t regret anything. If you plan to go to a host club in Japan, i strongly recommend to go only to Japanese club. If you are asked on the street in Roppongi by some African guy to join a club (You know those guys always shouting at you while you walk “sexy girls here, one free drink”), i recommend to say no because girls inside will be mostly Chinese and Philippino, and, they can add drug to your drink, yes that myth is real. Roppongi have this bad reputation by the way. Japanese club are the real deal so you won’t be in trouble there.

Conclusion, host club are not always sex bar but be willing to pay for quality conversation. If i will go back? Not at all but it was very fun.

As a friendly note, Roppongi is not the safest place in Japan but it’s very convenient if you don’t speak Japanese. Just be careful who you talk to and don’t trust so easily. Follow your instinct and think of Roppongi like New York, it’s beautiful but not 100% safe.

Shinjuku area has plenty of host club even some in english (only few) but it’s completely different. If you walk there alone as a foreigner, some random guys on streets will target you trying to bring you to some sex club disguised in normal host club but nothing about making conversation with a drink …

You can message me if you have any question, i know Roppongi and all the other hot spot in Tokyo very well !

How to go to Roppongi 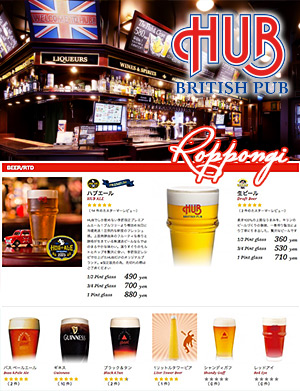